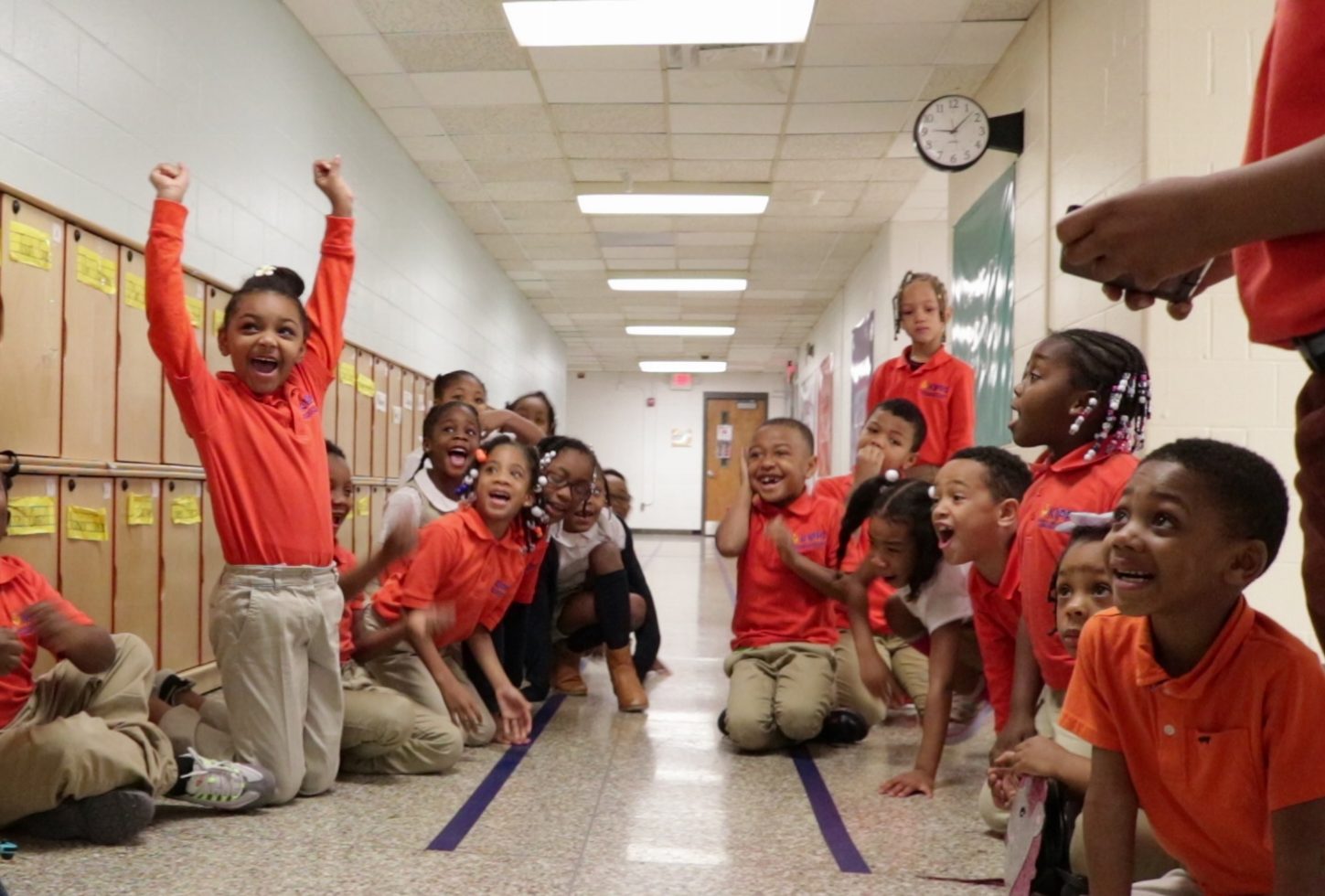 Kevy and Kylun are working hard to try and figure out how to put together their cardboard race cars.

“Look, you stick this part in here!” shouts Kylun, as he proudly attaches a corner and gets one step closer to making his cardboard look less flat and more like a car. 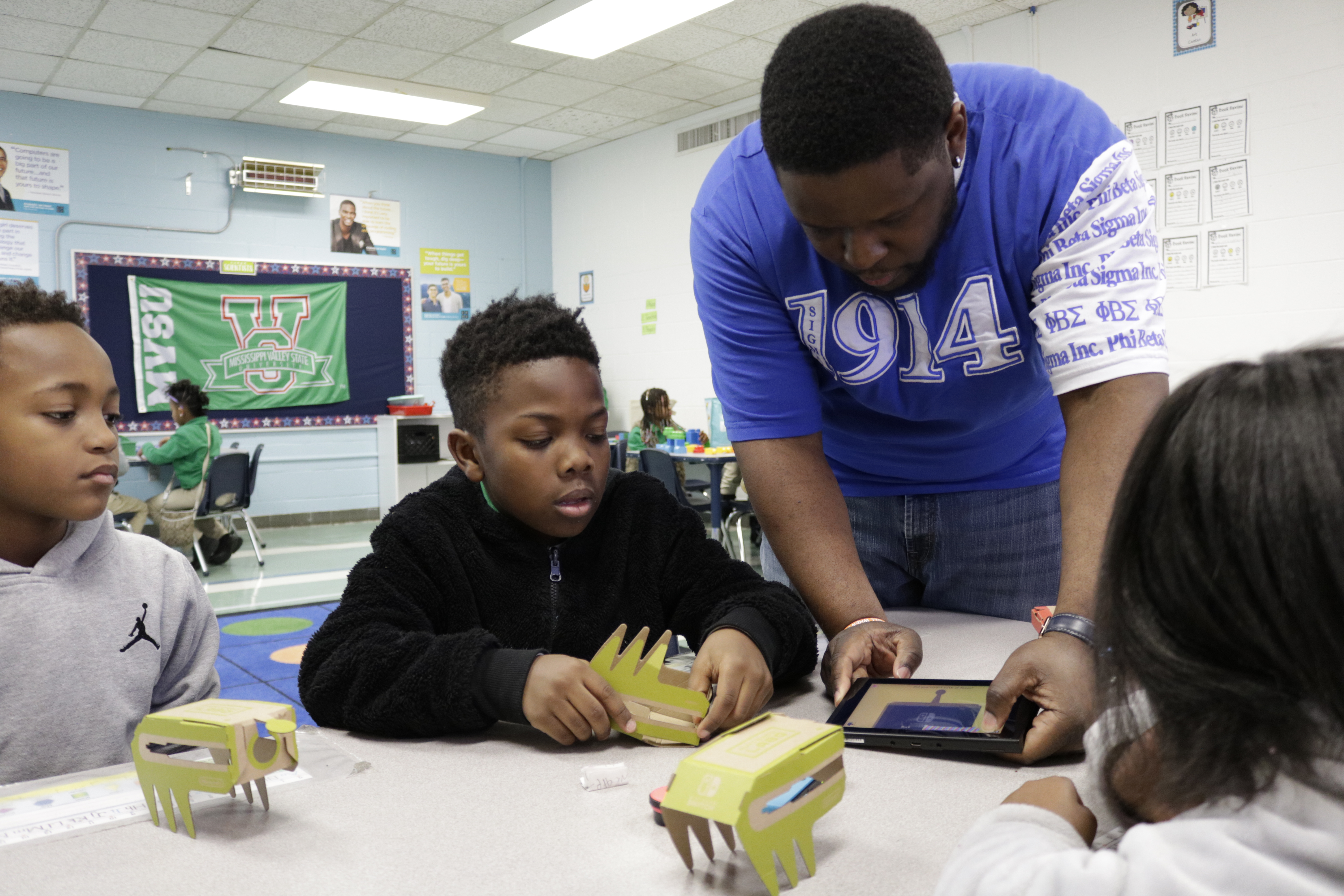 They’re working on piecing together components that include the Nintendo Switch and are part of Nintendo’s Labo invention system.

“We found out we received the Nintendo grant from the Institute of Play in November, and I was so excited to introduce the program to our students,” says Mr. Baker.

KNCPE is one of 100 classrooms around the United States who were awarded this grant, which bring Labo kits for Nintendo Switch – previously only available for consumer purchase – to schools.

“The kits are really neat,” explains Mr. Baker, “They come with cardboard and other materials that let our Kings and Queens build different kits that interact with the Nintendo Switch. So far, our classes have built a race car, but we also have materials to build a motorbike, house and fishing rod.”

Students can make the cardboard car move by using vibration controlled through the Switch. It’s the same technology as in Nintendo Wiis.

Kevy notices, “The cardboard car is moving without batteries, it’s just so cool!”

Kylun adds, “I can’t believe it’s moving by itself, but we’re controlling it!”

“I definitely feel like this is a sneaky and fun way for our Kings and Queens to learn,” says Mr. Baker. “Some of the things they’re learning are the very beginning of coding and it’s basically just a way to spark that love and joy of science, technology and engineering at a young age.”

For Mr. Baker, the Nintendo grant combines his love of teaching and STEM with a personal passion of his, too.

“Yes, I will admit I love gaming and am kind of a geek,” he laughs. “It’s really fun to bring something I enjoy into the classroom, especially because a lot of our students have Nintendo Switches or are at least already familiar with the technology.”

As students work to figure out how to build the models, Mr. Baker says it teaches problem-solving skills and encourages them to collaborate.

Mr. Baker gets to keep the Nintendo equipment and says he’s already thinking about curriculum for next year.

“The goal is that by the end of this year, our kids will be running the set up part by themselves and won’t actually need any help building the models,” adds Mr. Baker. “The hope is that next year, our now second graders will be in third grade and can teach our younger students.”

With a background in science, Mr. Baker understands that the earlier students are exposed to STEM curriculum, the better the chances are that they will fall in love with it, just as he did.

“It’s at the forefront of my mind every day that our kids are exposed to a teacher who looks like them who likes science and has made a career out of it,” says Mr. Baker. “I didn’t have my first African American male teacher until seventh grade. The world is shifting more and more toward science and technology, so I want to do my part to be a positive influence at this early stage in their lives.”