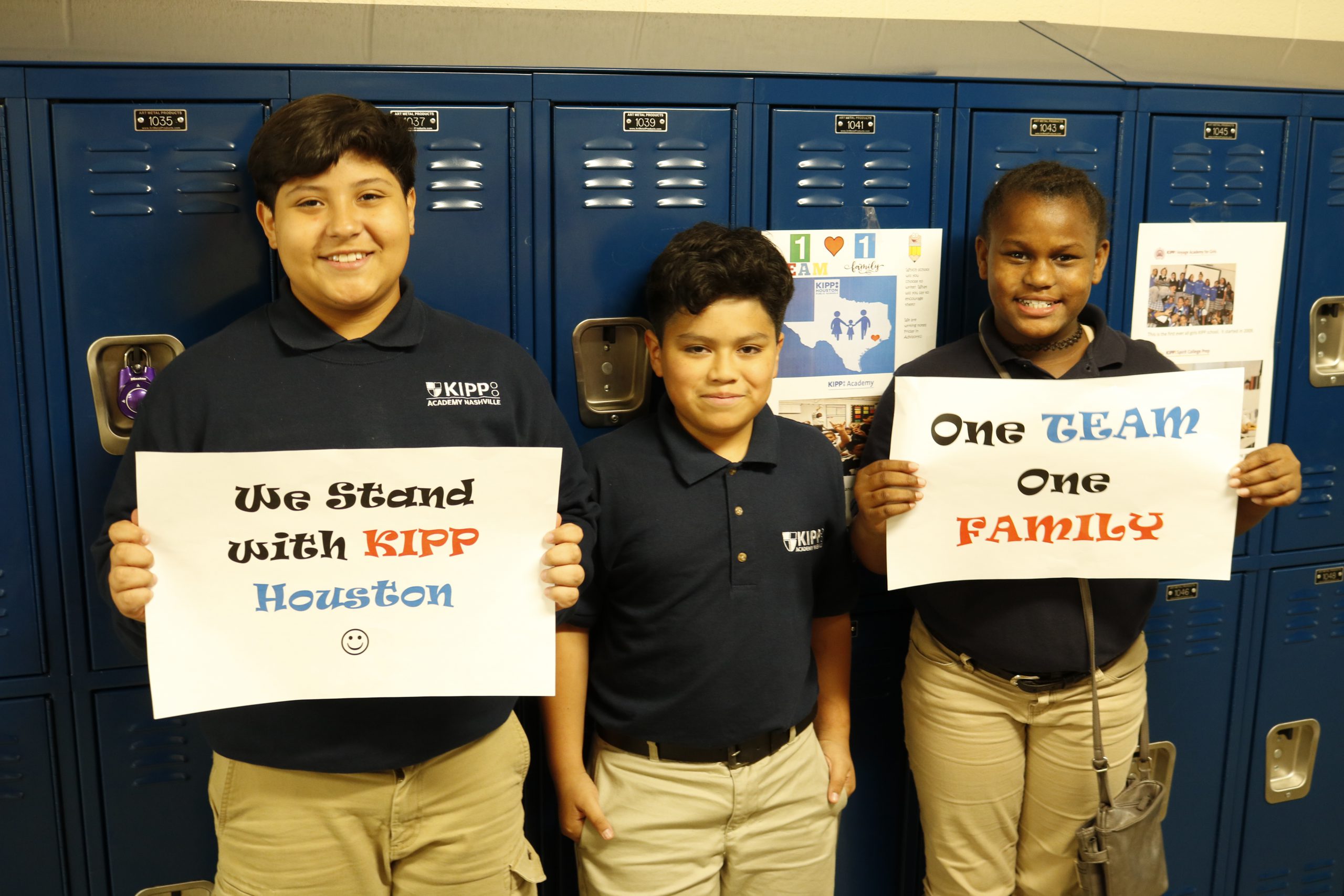 On a sunny Friday afternoon, students in Ms. Woodard’s fifth grade classroom sit at their desks, considering what words of encouragement they can send to other KIPPsters almost 800 miles away.

“My letter says ‘I’m praying for you to be safe. Good luck.’” 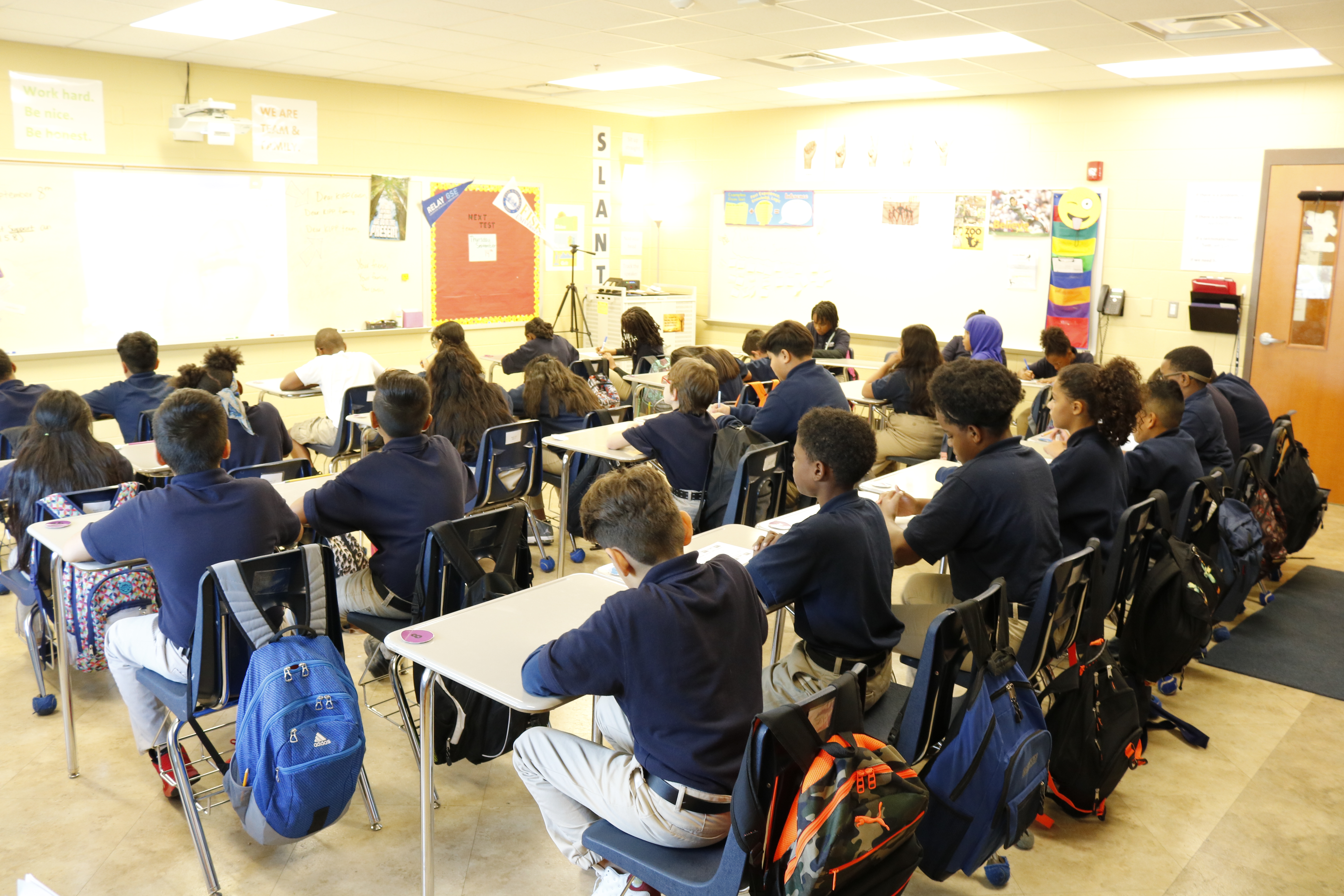 Anderson Morales and his classmates are writing letters of encouragement to KIPPsters at one of the KIPP Houston middle schools, whose students, teachers and staff are all dealing with the aftermath of Hurricane Harvey.

Fifth grader, Janiah Johnson says writing the letter feels very personal, because she knows another student her age will be reading it.

“I hope that if that happened here another school would send us letters, too.”

What started as a fifth grade project has now changed into a schoolwide initiative, which involves all grade levels writing letters and collecting donations that will be shipped to Houston in the coming weeks.

“All our kids had heard about Hurricane Harvey, but they didn’t realize how bad it was,” explains Ms. Woodard, who teaches fifth grade English Language Arts at KAN. “We told them there are kids their age experiencing this. I think that’s when there was this deep realization that this happens to kids my age, who are like me. I could tell there was a lot of concern, especially after seeing videos and pictures.”

Fifth grader, Christopher Calo, adds, “It makes me feel happy to send letters, because KIPP schools are supporting each other. It would mean a lot if we got letters from other KIPPsters if we were going through a tough time.”

Ironically, the letter writing at KAN had first been scheduled on an earlier Friday, but Nashville schools were closed due to flooding from what was left of Hurricane Harvey as it moved through Middle Tennessee and dumped massive amounts of rain in its path. Luckily, none of KAN’s students or staff were affected, but Ms. Caldwell – who teaches fifth grade math at KAN – believes the experience still made an impression.

“I think the combination that we had experienced the aftermath of Hurricane Harvey, and were out one day for flooding, gave perspective to our kids.”

Ms. Caldwell adds, “We were impacted for one day. I was telling our kids ‘Imagine a whole week and lot of water.’ Hurricane Harvey moving through our region wasn’t a good thing, because we know there were people affected by flooding, but it gave our students a sense of what KIPPsters in Houston are experiencing, just on a much smaller scale.”

In Janiah’s letter, she writes, “I’m praying for you, and I hope you’re all okay. I am sorry that happened to you.”

Though the storm happened hundreds of miles away from KAN’s campus, there is solidarity in even a short letter that expresses concern and wishes of encouragement. 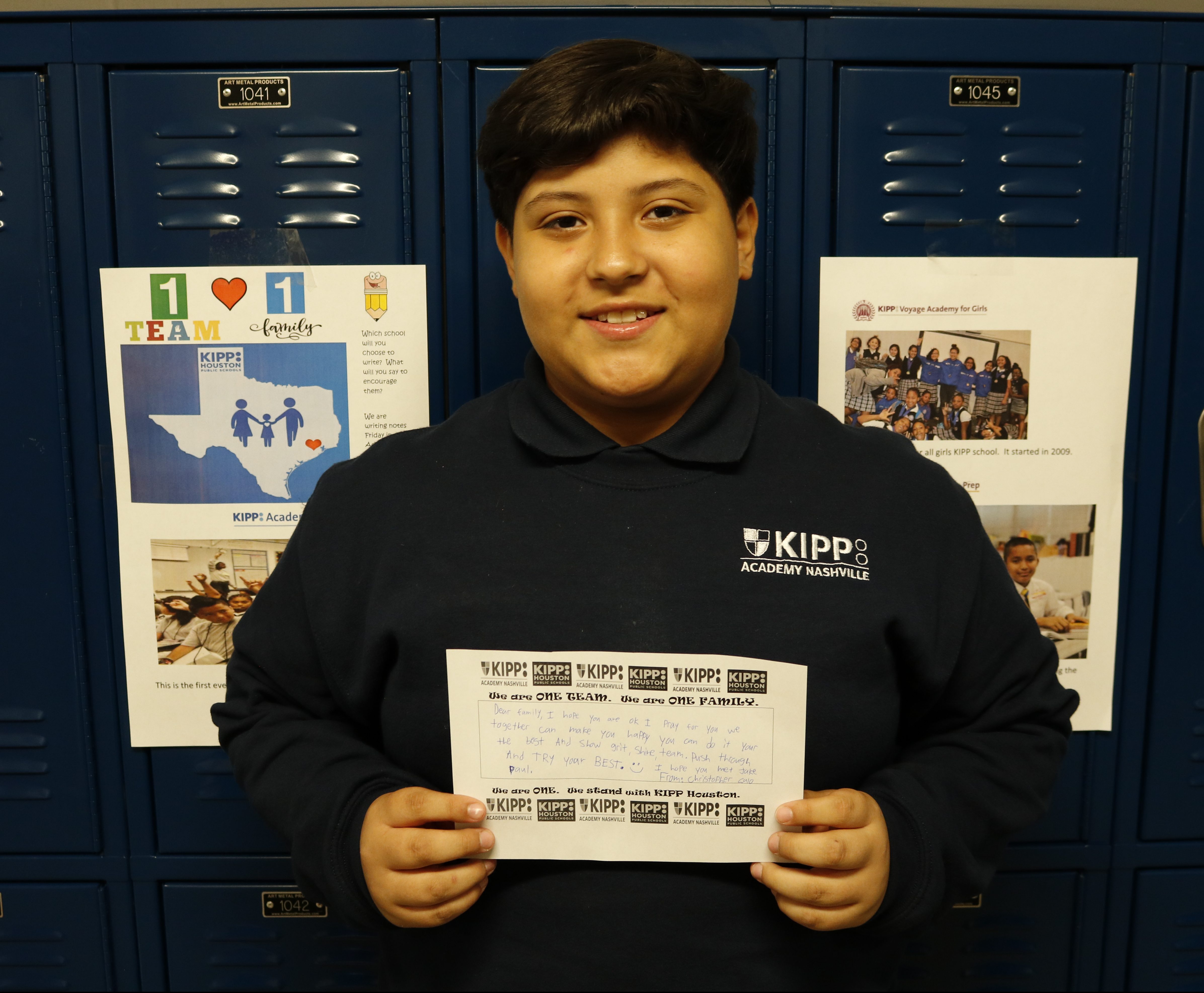 Ms. Woodard says, “I always tell our students anything can happen to any of us at any time. When things happen, we need to be responsive. If something like that happened to us, we’d want to feel the love and support of our family.”

Donated supplies and letters will be sent to KIPP Houston’s middle schools in the next few weeks.

In the meantime, Ms. Caldwell thinks, “This could be the start of more outreach and community-building across all KIPP schools for us.”

“I want our students to make the connection that there are KIPPsters like them all over the United States, and that we don’t just help each other here in Nashville. We help everyone.” 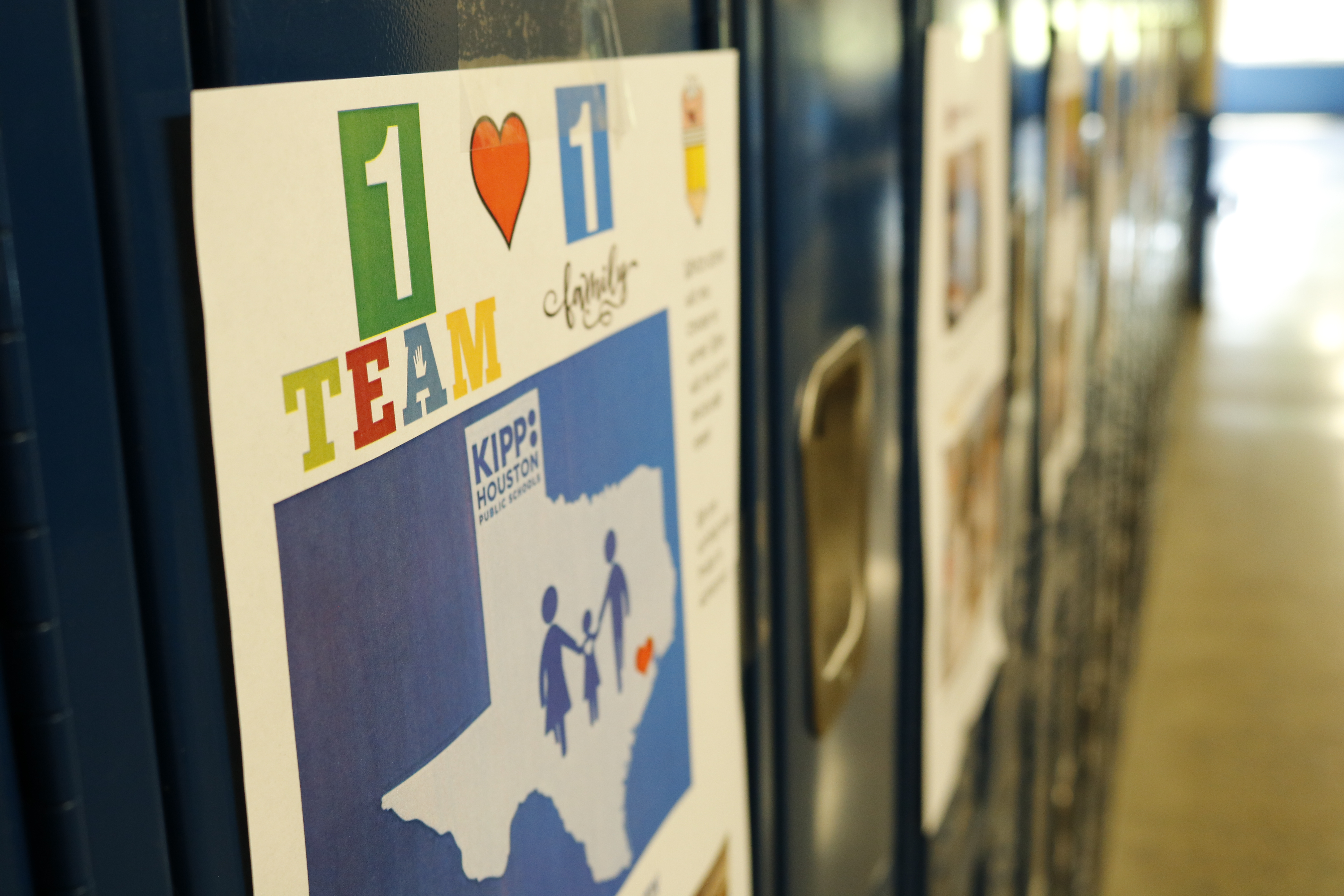