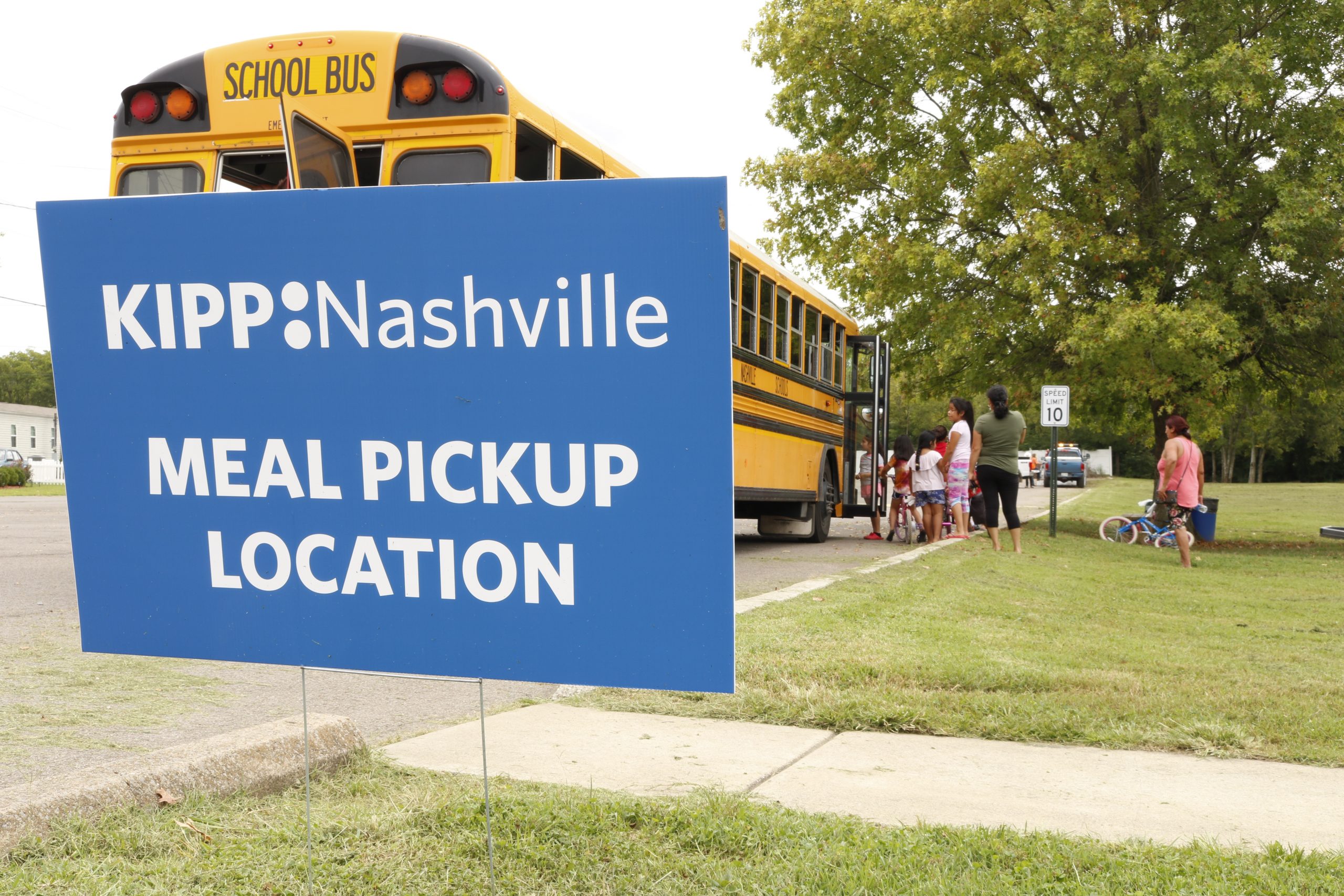 On a normal Thursday morning at 11 o’clock, KIPP Nashville’s buses would not be out driving around the city. They would be parked, and the Transportation Team would be gearing up for afternoon routes, delivering students from school back home.

Instead, with school in distance learning, the buses are now delivering meals. 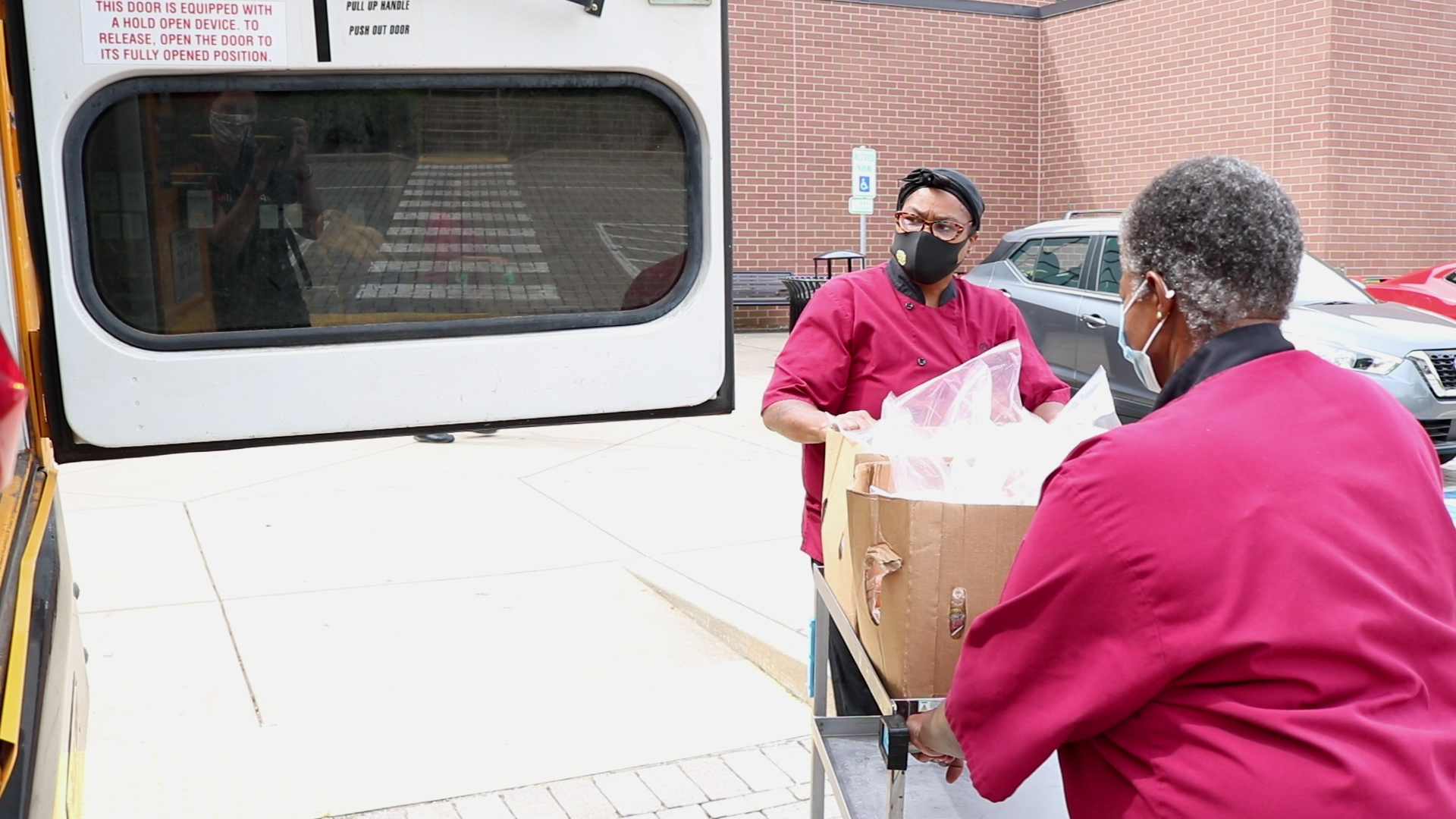 It’s a team effort, with James Dickerson driving the bus and Dotsie Eldridge, a KIPP Nashville bus monitor, handling the distribution of meals from the back of the bus.

Dickerson, who says the kids call him Mr. Jim, explains, “We just try to make sure we get the food out to the particular stops on time and spend some time there waiting for any students that might come late.”

From March to June, KIPP Nashville offered grab and go meal pick up at each of its four campuses. During that four-month period, we distributed 29,850 meals. 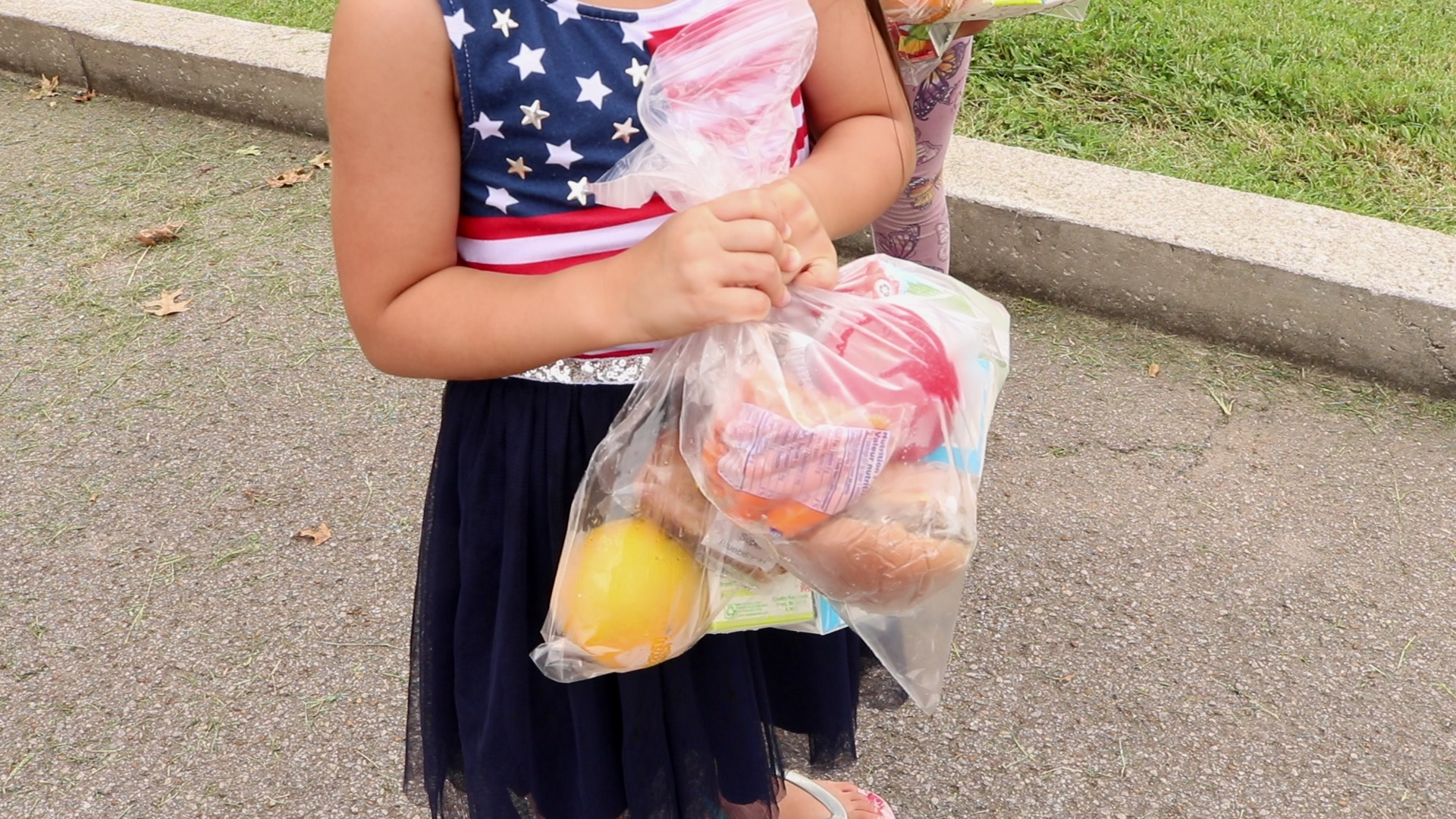 Now, buses are a part of the distribution effort to make sure students and families who may not be able to get to school are still able to receive nutritious meals. The buses are out Monday through Friday and make 56 stops across eight routes that span from East Nashville to Antioch. The bus routes are a supplement to ongoing in-person pickup at each campus.

The breakfast and lunch contain an entrée and depending on the meal, fresh fruit, vegetables, juice and milk.

“We want to supply them with wholesome, breakfasts and lunch,” says Dickerson, “Hopefully, it’ll help them to be able to do what they do with the studying and everything and having classes at home.” 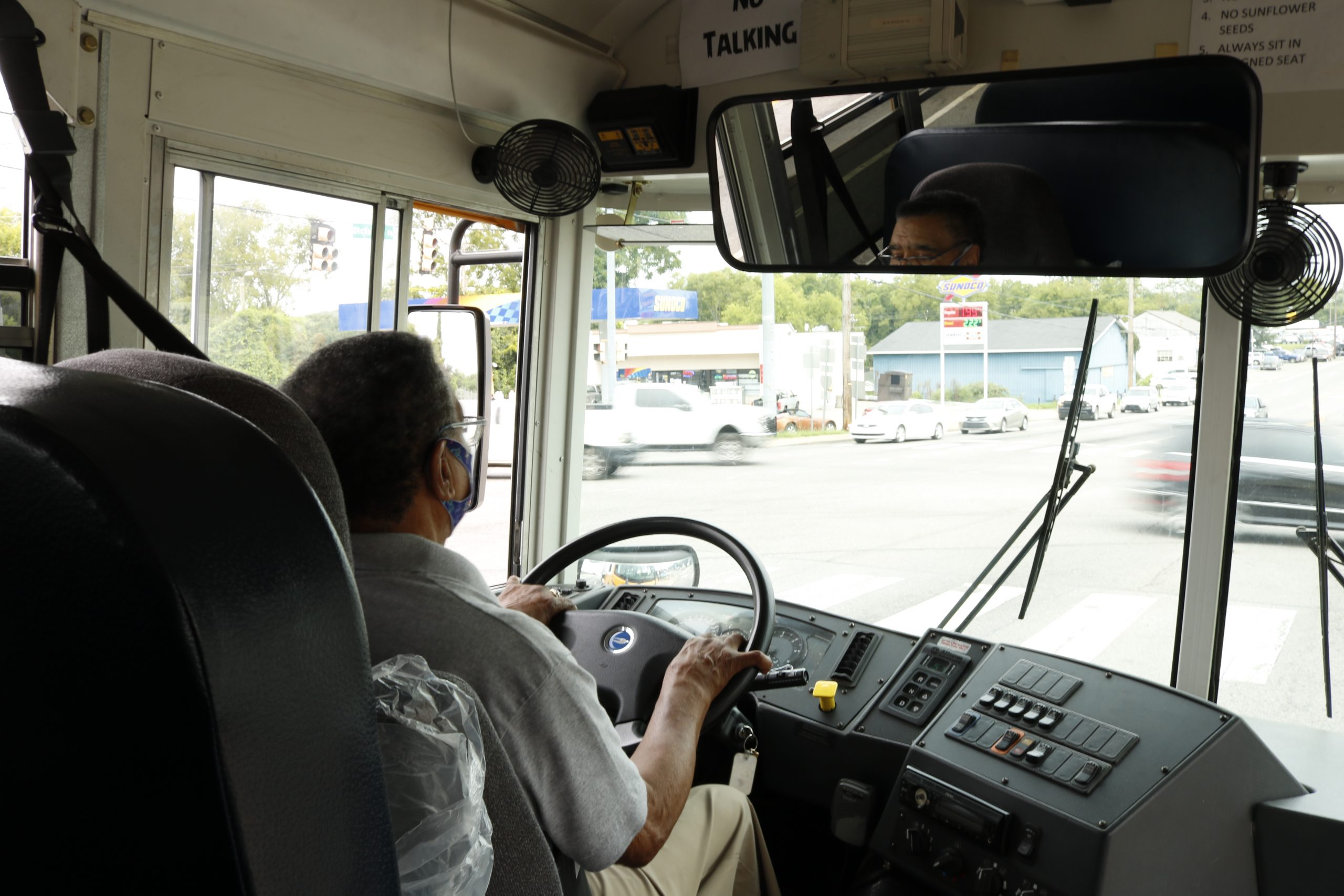 Dickerson has been with KIPP since 2007 and helped found the Transportation Department. At the start, Mr. Jim was the only bus driver with just one route. Now, there are twenty buses, 16 routes and 24 people on the Transportation Team.

“He actually recruited me from church,” says Eldridge, who came out of retirement to become a part-time bus monitor. “I stayed home for awhile, but was tired of that, so when Mr. Jim asked me to come on, I said yes, and I’ve been here ever since 2018.”

Eldridge says while she misses the students on her regular route, distributing food has given her a chance to see some of them and hear how they’re doing. 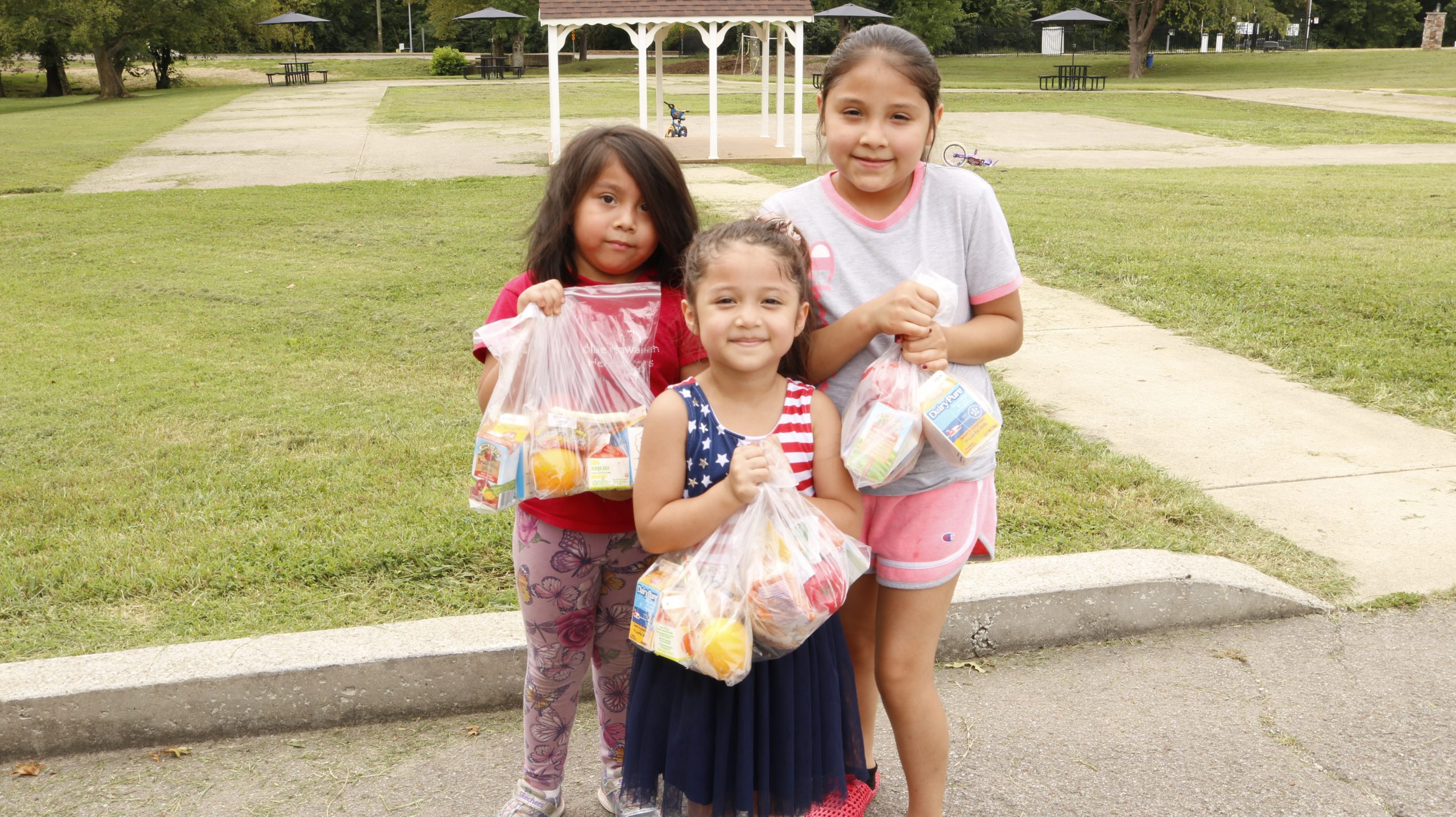 “It’s nice to see the kids when they come pick up the food, and for us to be able to put our buses to good use,” she says.

Dickerson, whose six children are now grown up, says driving buses has allowed him to create new relationships with students that have had lasting impact.

“I’ve had a lot of great experiences with the kids here at KIPP. I run into children who are grown now, and they say, ‘Hey Mr. Jim, you don’t remember me, do you?’ It makes me feel good that they still remember me, and they say ‘Thank you for getting me to school on time and doing the things you did to inspire me to stay with what we were doing, helping me to be a better person’.”

For more information on our on-campus pickup dates and times, and our bus stop distributions, click here. To watch the video of Mr. Jim and Ms. Dotsie on their route, click here. 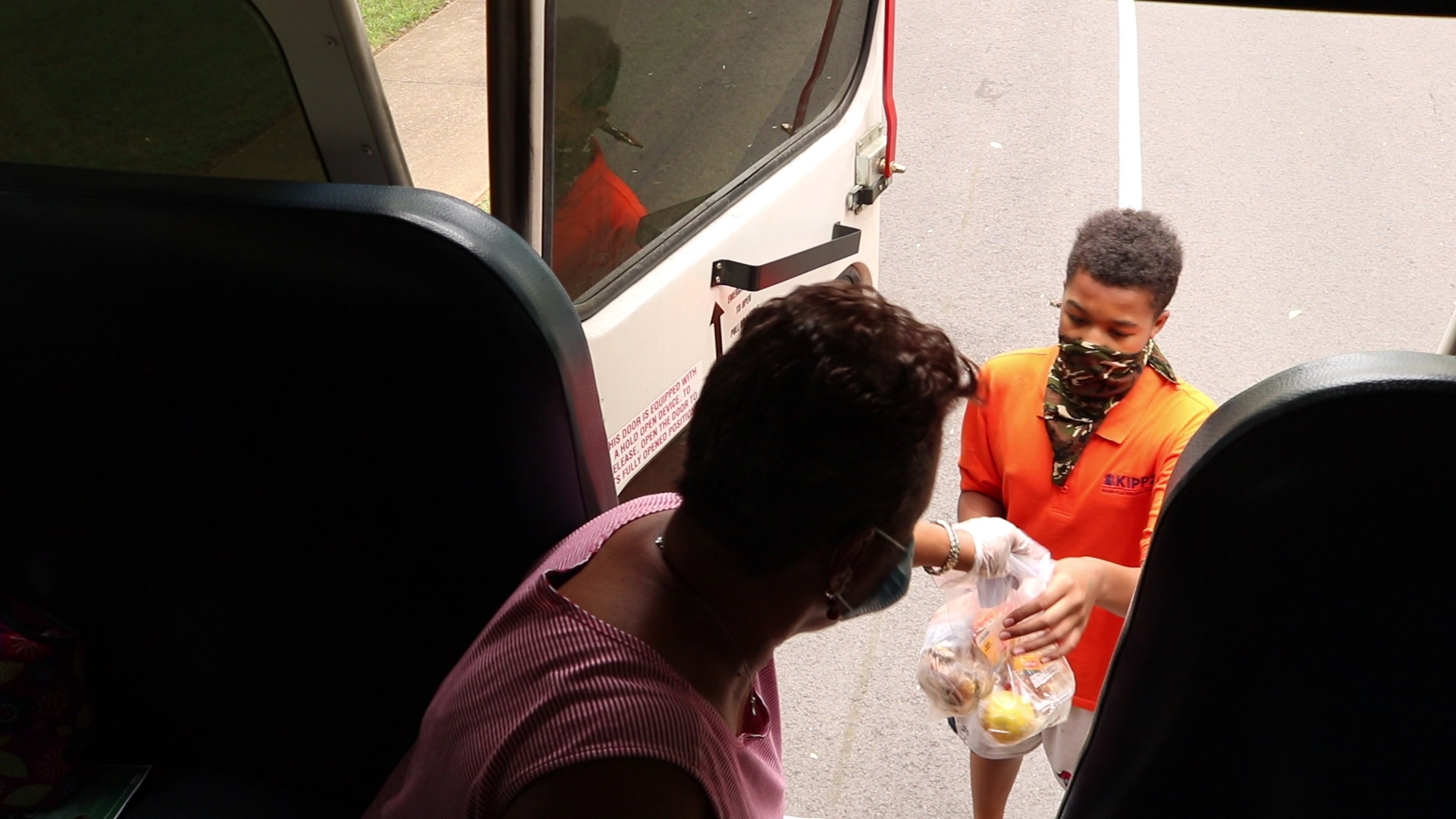