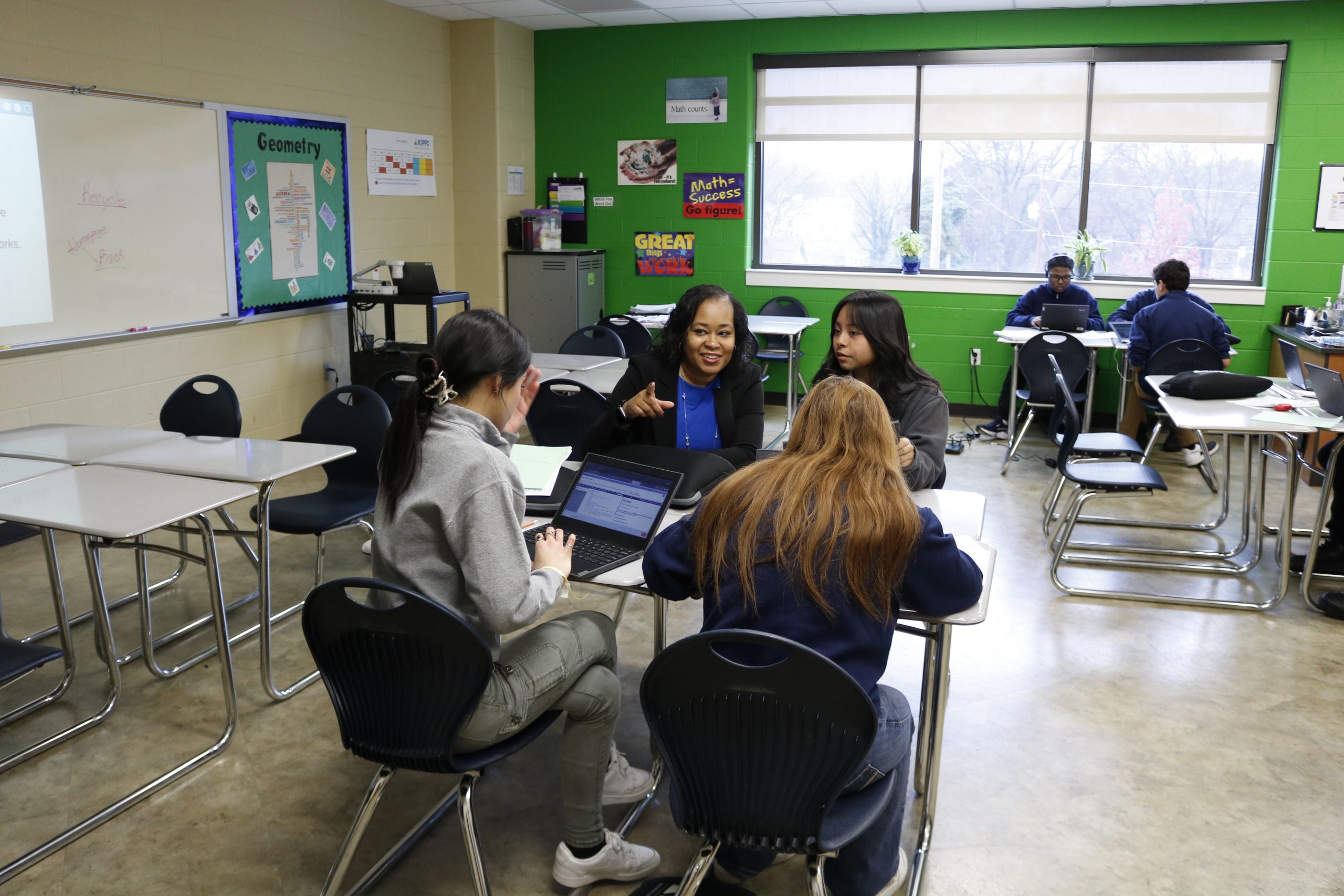 Sophomore Tomontae is waving around a sheet of paper about binary coding and talking excitedly about how it works and why it’s important. A series of seemingly random ones and zeroes actually unlocks a secret language.

“NASA used binary bode, because it’s the simplest code you can use,” he explains.

His classmate, Chioma adds, “I liked talking to NASA, we got to see different pictures of outer space. They also explained how the computers in outer space work, that they work in binary codes and send that back to planet Earth where they get translated into regular letters. There’s a number for lowercase ‘a’ and a number for uppercase ‘A’.”

Tomontae and Chioma’s AP Computer Science class recently went on a virtual field trip to see NASA’s Chandra X-ray Observatory and talked live with one of NASA’s scientists. The program focused on when the X-Ray was sent into space, featured some images from the X-Ray, and stressed the importance of coding, data collection, and software development to continue communication with the X-Ray.

Ms. Webb is in her 21st year of teaching and first year teaching at KIPP Nashville. She followed in her mother’s footsteps, becoming an educator after initially beginning her career in finance.

“My mother, who was a teacher, convinced me to go back to school to work as a teacher. I completed my teacher training and have been teaching ever since. It’s enabled me to have a rewarding career. I love helping young people learn new things, build confidence in themselves and reach their future goals.”

Through projects like building their own multi-page websites, Ms. Webb’s students get unique opportunities to learn those real-world skills while tapping into their creativity.

Ariana, a sophomore in Ms. Webb’s Computer Science Discoveries class says, “I like being able to express myself through code and use my own imagination to create different websites. I want to have my own website, because I do hair and want to advertise that.”

Emily adds, “I feel like there’s no limit to what you can do in coding. The more you know, the more you can learn. I want to be a forensic scientist, so I feel like coding could be really helpful.”

Tomontae is interested in mechanical engineering and opening doors of opportunity for other Black students.

“As a young Black man, I’d like to break down the percentage of people of color in the field. I’d love to influence other people who look like me who are also interested in this field. It’s computer science, and I’m here for a reason.”

Chioma, who’s also interested in engineering and has been coding through after school programs, agrees. “Especially with Ms. Webb being my teacher, her being Black, that helped me push further. I want little girls to be able to see me and say, ‘I could do that’.”

“I think the quote is true ‘If you can see it, you can be it.’ I want to inspire my students that they are not defined by how they look or where they come from, but from their character and the skills they display.”