A Conversation with Bubba Wallace - KIPP Nashville
Skip to content 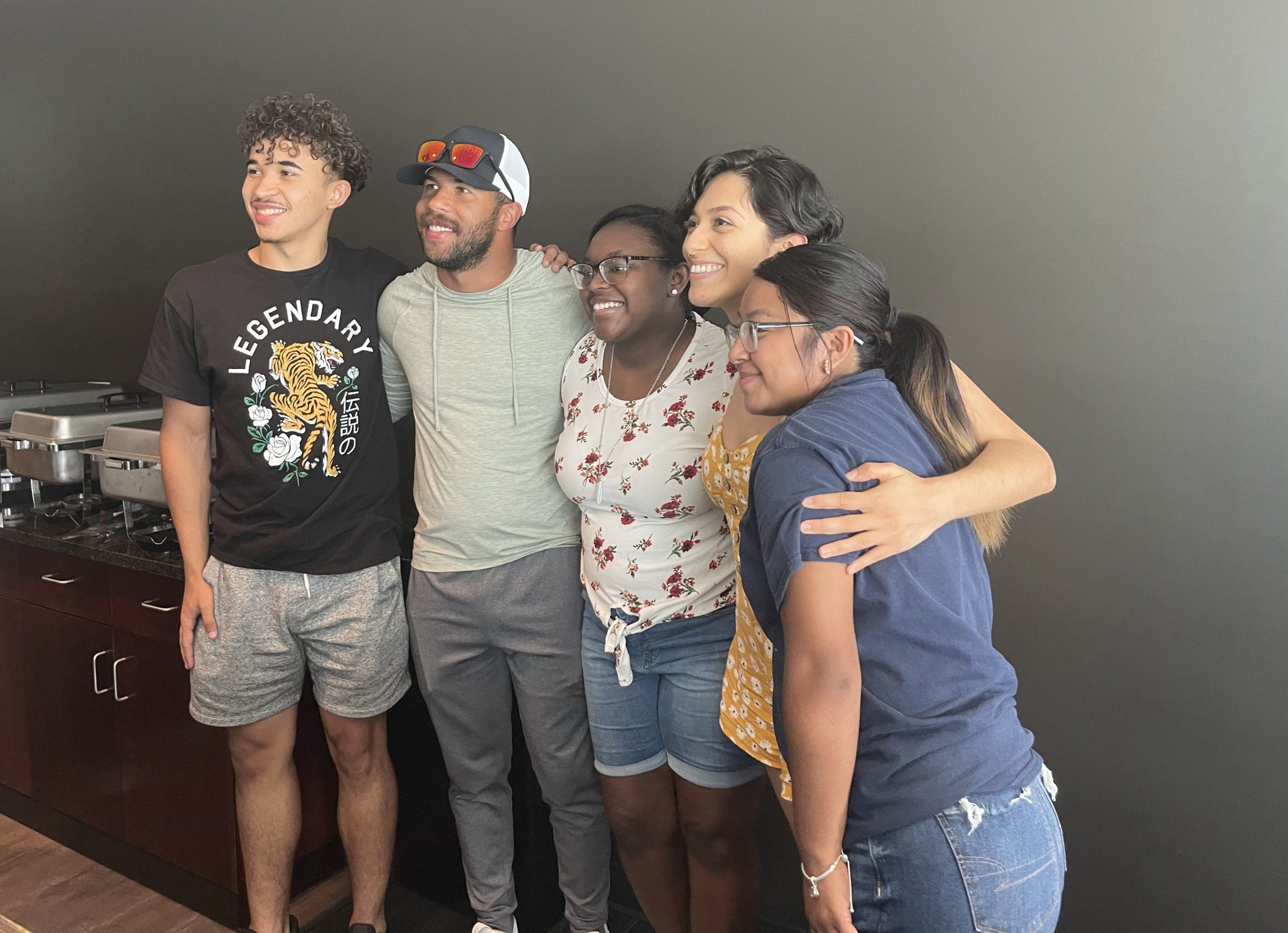 On Juneteenth, a group of KIPP Nashville students and alumni got a special opportunity to sit down with NASCAR racecar driver Bubba Wallace. Through Wallace’s “Live to Be Different” foundation (L2BD), he is partnering with KIPP to share his journey to racing and finding his voice as an advocate for racial justice and diversity in the sport.

The day before he competed in the Ally 400 Cup Series race, Wallace spent time sharing his story with us at the Nashville Super Speedway, a day that also included a track tour and opportunities to watch the race. 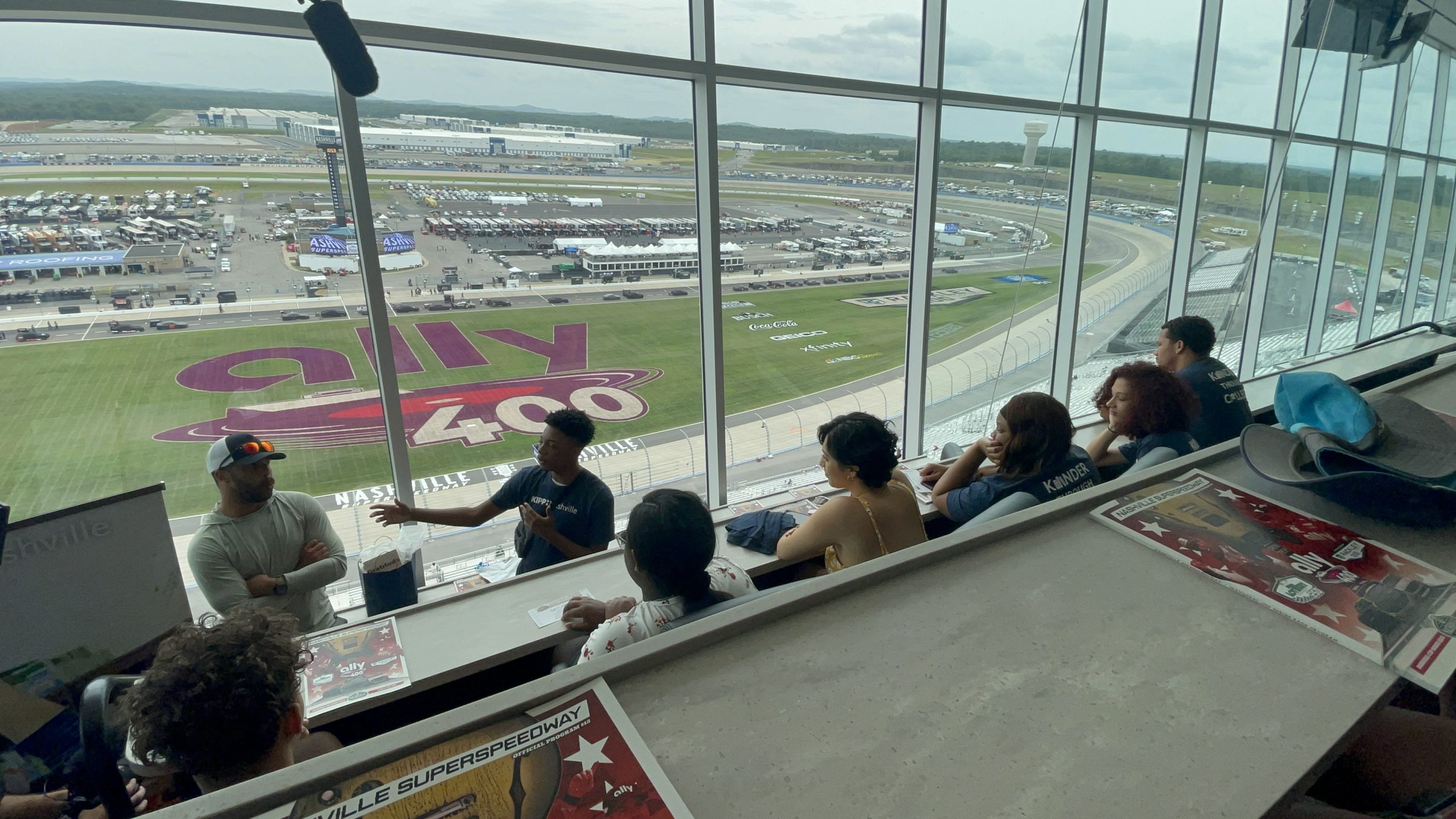 Brian, who is about to graduate from Georgetown University, said the message about being different resonated with him.

“I know personally throughout my life I’ve strived to be different and have gotten to where I am because I am different. Being different has guided me in a certain direction, like choosing to do a healthcare leadership program with GE after graduation instead of going into banking or leaving Nashville for college. I also stayed in the business program at Georgetown even though it was hard and a lot of people quit. At the end of the day, I won’t be where I want to be if I don’t accept who I am and recognize what makes me special.”

For Cole, a rising senior at KIPP Nashville Collegiate High School, hearing about Wallace’s mental toughness struck a chord, especially after the challenges of the past school year.

Cole says, “The idea of never giving up resonates with me, especially after last year being remote. I definitely had to push myself and be more independent.” 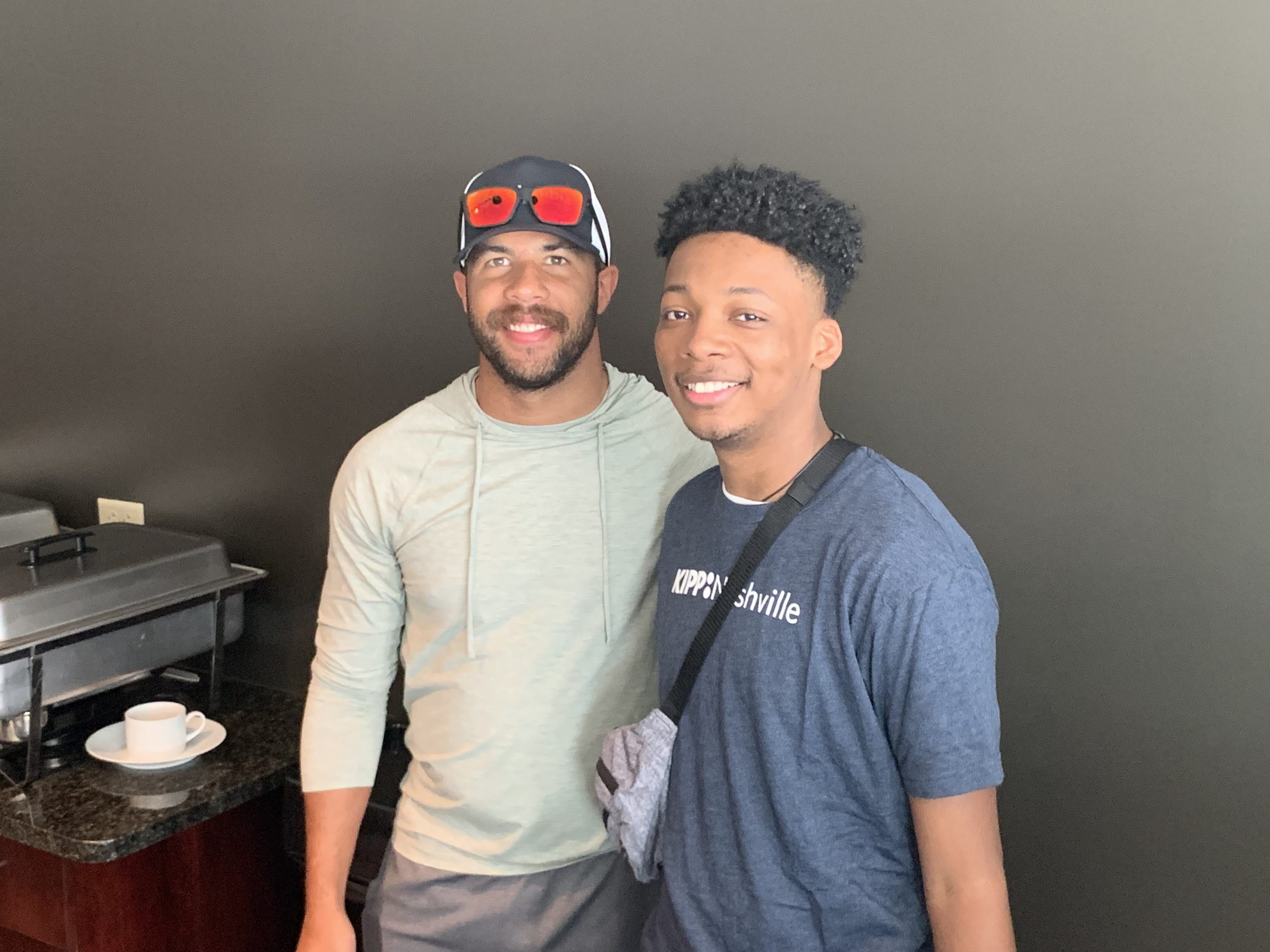 Wallace is only the second African American racecar driver in NASCAR history and the only current driver. In the past year, he successfully advocated for banning the Confederate flag at all NASCAR events, something he told students during the Q&A he hoped would expand the sport’s viewer base and create a more inclusive environment.

“He was bombarded with questions about what he should do as the African American racer during times of crisis,” says Kathy, a rising senior at Princeton University.

“He pointed to something he felt was really important symbolically for the sport and for the country, and that’s why they took down the flag. He was action-oriented and that was really inspiring.”

“I admire that he speaks up for change,” adds Cole. “It is about social justice, but also growing the sport in general. He wants to make sure people of all walks of life can enjoy it, and I appreciate that coming from an athlete.”

Jontae, a senior at the University of Tennessee – Knoxville, says he admires the way Wallace committed himself to racing at a young age and did what it took to follow his dreams.

“He knew what he wanted to do and that was racing,” says Jontae. “He made the point that anything worthwhile you have to put time into and be dedicated to bear the fruits of that labor.”

For many students who attended, this was their first time learning about Wallace and getting to see a NASCAR race up close and personal. 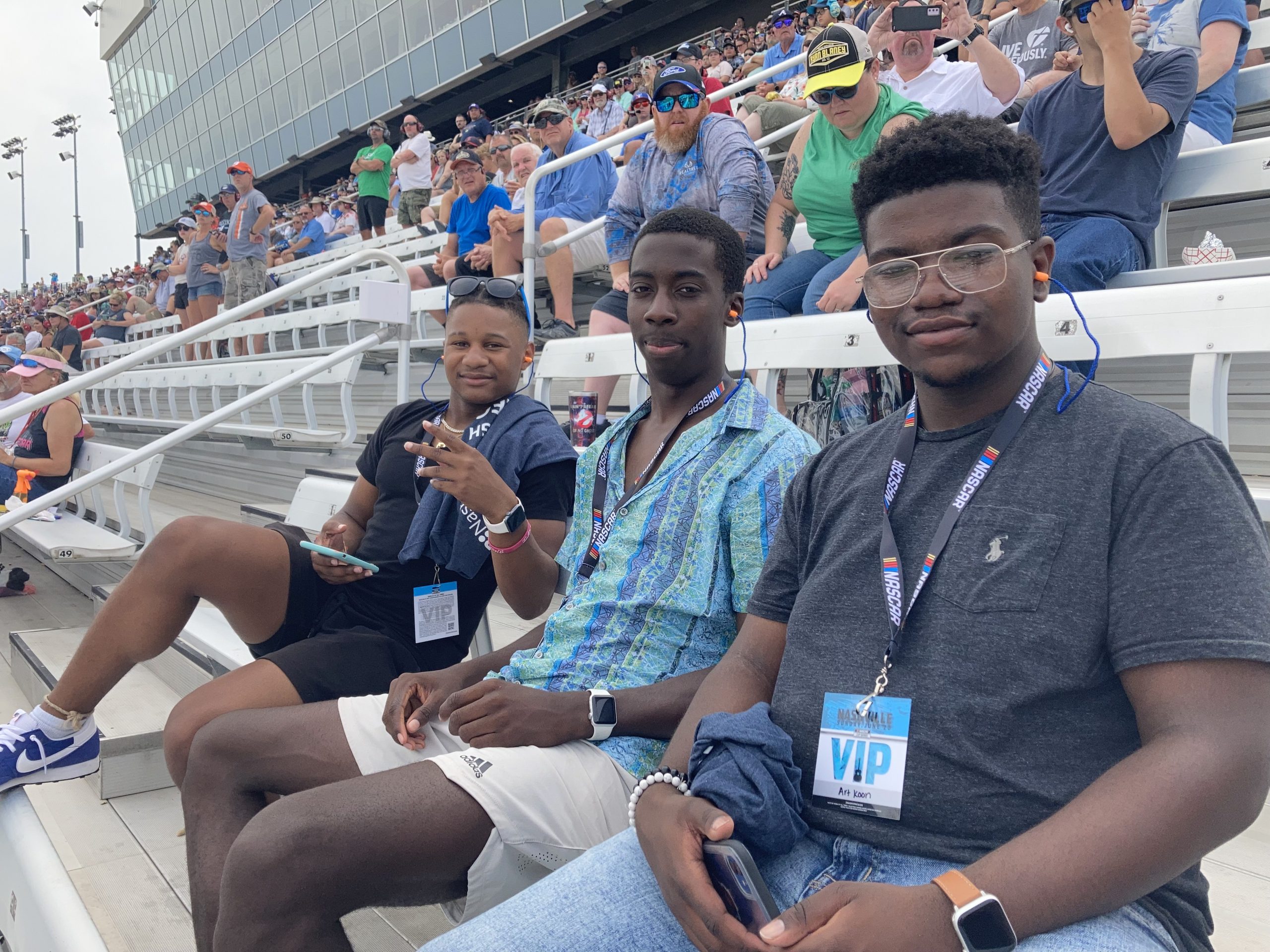 “I think I enjoyed being able to speak with him in person,” says Kathy. “Many times, you see these larger-than-life figures in the media or on TV. They’re trailblazing, they’re doing so much for society and people of color. It’s so nice to see them in person and see they’re ordinary people with struggles of their own. He was surprisingly down to earth.”

Or as Jontae puts it, “He was blunt, and I really liked that.”

After the Q&A many students took the opportunity to talk to Wallace in person. There were promises of a golf game, advice shared on what to do if you’re not quite sure what the future holds, debate about who could actually drive faster on the track and a few fun tidbits shared, like one of Wallace’s favorite post-race recovery treats is a cold Dr. Pepper.

Brian says he left the experience with one big takeaway, “It’s the idea that you have the freedom to choose your own path and make the future you want for yourself and your community. Everyone is different, but no matter your differences, it’s important for people to have equal opportunities.” 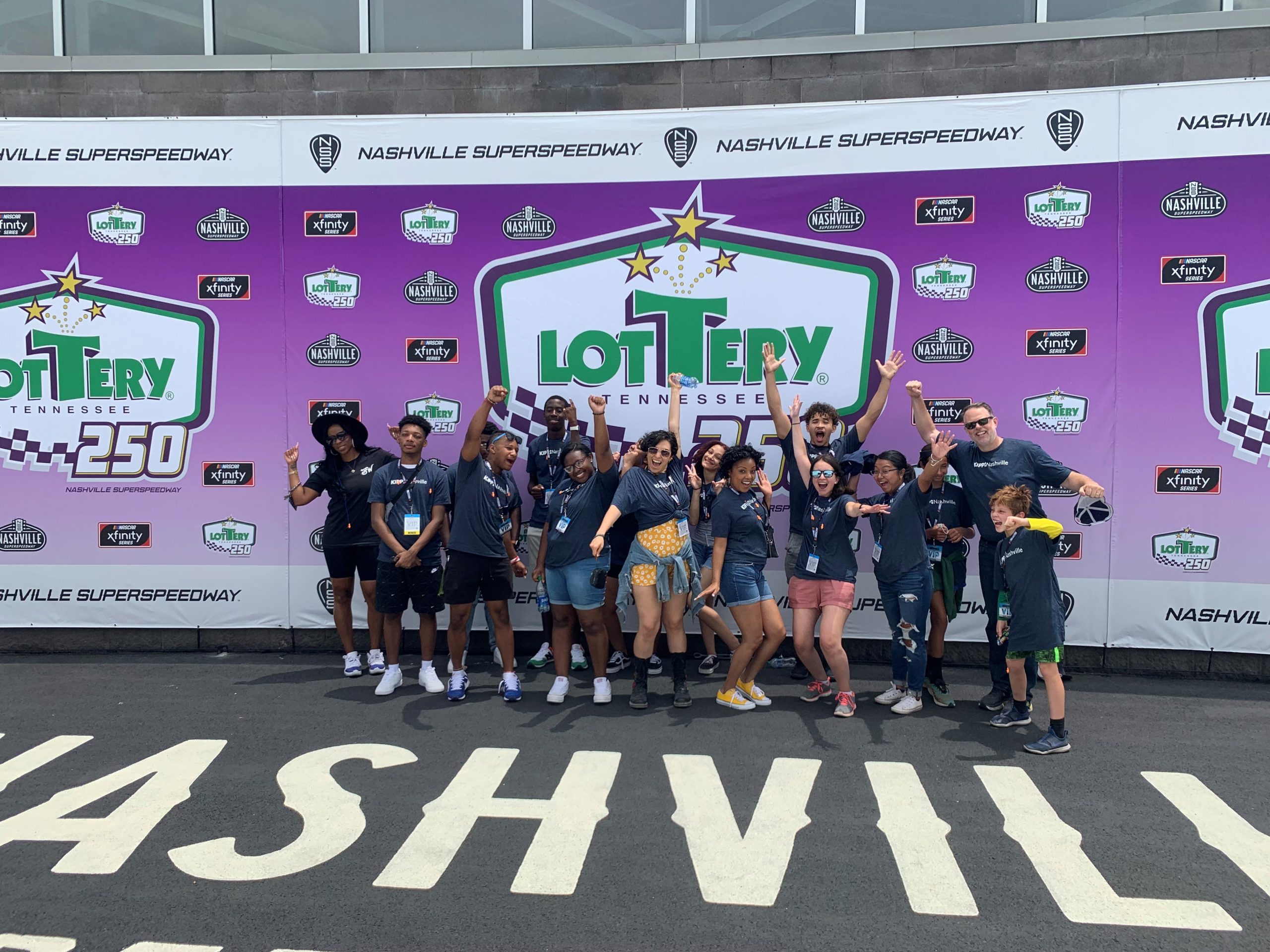